Opinion – Overwatch 2 May Be Closer Than You Think 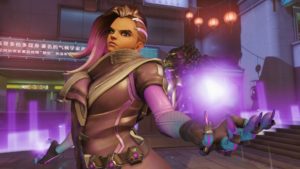 Just mentioning the possibility of Overwatch 2 to the Game Informer collective brings laughter. Most of my coworkers believe Blizzard’s focus is to support the title with additional content for years to come, following the company’s recent successes with World of Warcraft, Hearthstone, Diablo, and Heroes of the Storm. As the so-called “crazy person with crazy ideas,” I think we could see an Overwatch sequel in a couple of years.

With over 25 million players signed up, Overwatch could live on as an ongoing service – I’m the first to admit that. If Blizzard holds true to its promise of free downloadable content at regular intervals, a good majority of the player base should stick along for the ride. Just thinking about what this game may look like three to five years from now is equally as exciting as it is terrifying, especially if the hero pool continues to expand at its current pace.

Say what you will about Overwatch’s loot boxes, but the hunt for epic character skins may be enough to pay for the development of free DLC. Blizzard has figured out a player-driven economy that works and doesn’t break game balance. You don’t have to pay a dime for the game outside of the initial cost; that’s fantastic, especially in an age where gamers are nickel and dimed for post-release content.

If everything is working great and players continue to play, why create a sequel?

During a late-night Overwatch match a few weeks ago, a friend asked me if Blizzard would ever consider additional moves for existing heroes. He proposed Soldier: 76 should be outfitted with different grenade types to make him a little more versatile, such as a sticky grenade for capture-point defense. That idea gave way to a night-long discussion. We threw around dozens of ideas for a variety of heroes, including wildly different takes on ultimate abilities.

That made me realize that, at its foundation, Overwatch is more like a fighting game than anything else. Each hero is distinct, equally balancing combat prowess with personality. As powerful as their loadouts are, a hero’s true potential is tied to two to three attacks or abilities.

Street Fighter’s Ken has essentially been the same character since 1991. Even if we know nothing about a forthcoming Street Fighter game, we know what his core move set is going to be. We keep coming back for more because his basic attacks are fun, and Capcom finds new ways to subtly enhance or change him. I don’t think I’ve ever heard anyone say Capcom should retire Ken as a character. I assume he’s universally loved or accepted by most Street Fighter fans.

Overwatch has achieved similar success with its characters in the first-person shooter space. I could see this series moving on to sequel after sequel with popular characters like D.Va and Tracer being the faces of the franchise. Sticking to the fighting game analogy, new characters would be introduced in each new installment, and I could see fans going bonkers when a beloved character from the past was brought back via DLC.

The comparison to the fighting game genre made me think about Blizzard’s method of release for Overwatch. When the game was announced at BlizzCon 2014, many thought it would follow in the footsteps of Hearthstone and Heroes of the Storm as a free-to-play title. Blizzard opted instead to sell it for a price. Maybe I’m reading too much into the delivery method, but selling Overwatch this way makes me think Blizzard eyes it a little differently given the type of game it is. This could just be a smart business model that allows Blizzard to keep players happy with free DLC, or it could fall more in line with the Activision strategy of releasing timely sequels [Blizzard is a subsidiary of Activision – Ed.] Call of Duty is an annualized series. Destiny adopted a shorter cycle with timely expansions. Where does Overwatch fit into Activision and Blizzard’s release strategy? I don’t think the end game is a hero or map every few months with seasonal events peppered throughout the year.

In an interview with Game Informer in 2016, Overwatch’s game director Jeff Kaplan talked about the future of the series – specifically the idea of PvE integration. “The idea of exploring PvE in Overwatch as game developers has us all eagerly awaiting the chance to do that, whether that be in some subsequent Overwatch game that we haven’t made yet, or even in a different genre of Overwatch,” he said. “I think we’re all dying to explore PvE at some point, but not for this game. Not for the initial offering of Overwatch, which is really focused on the team-based hero-action combat. So it’s something we’d like to get to someday in a different game.”

There’s a lot to unpack in that comment. It shows Blizzard views Overwatch as a universe worth expanding upon; whether that’s through different genres or a sequel. Kaplan also used the words “subsequent” and “initial offering.” I know that isn’t much to go on, but he hints at a roadmap for additional games. That begs the question: What is the Overwatch development team working on? I highly doubt the entire studio is creating maps, modes, and heroes. The smart money is on a huge update to Overwatch, much like Destiny’s expansions – I could see that happening at some point this year. The longshot is a full-fledged sequel – something I would love to see.

I still enjoy visiting Eichenwalde, but I suspect I’ll grow disenchanted with it. The core game will lose its luster eventually, right? Like Scorpion being reborn time and time again in Mortal Kombat, I would gladly jump at the chance to play Pharah again in a new game with never-before-seen maps, modes, and a slightly tweaked move set. The element of discovery would return.

Blizzard is a company first and foremost, and the aim is to make money. Perhaps loot boxes are enough to keep the development team running and the watchful eye of Activision at bay, but I suspect most Overwatch players would gladly throw another $60 at a sequel. Yes, that can be said of most games that run for years, but Overwatch is a unique beast. As a player, it feels like we’re just scratching the surface of it – whether that’s gameplay or lore. The $60 is there for the taking.

Laugh if you will at Overwatch being compared to the fighting genre, but I think this series shares many similarities to it. Remember, this is Blizzard’s first crack at this IP, and it’s fantastic. Does the development team think they can make it even better? I’m always love hearing game creators say they learned so much after making the initial game and were able to spread their wings with the sequel. Overwatch was Game Informer’s Game of the Year in 2016, netting a 10 out of 10 rating. Yes, I would be content with more heroes and maps for years to come, but I would rather see the team get a second crack at defining what Overwatch truly is. Free content is great, but I never like seeing it stand in the way of evolution.