The best Overwatch update 2.05 hidden feature is definitely the ability to let your teammates know you’re on fire

Your teammates in Overwatch need to know you’re doing well, so they can stop pestering you to change heroes. 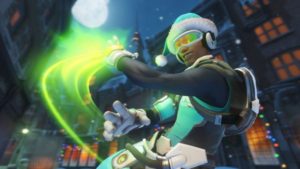 Now that Overwatch‘s update 2.05 is out in the wild, the game’s community is starting to report all the undocumented changes noticed.

One of these was picked up on by Reddit users, who realised that after the patch, your teammates will now hear when your hero is on fire. Being on fire means you’re doing really well in Overwatch, and it’s one of the things the game takes into account when picking MVPs for that match.

Previously, only you heard the sound bite. Your teammates could see you are on fire when looking at your, but in the heat of the battle, it’s nice to know when one of your teammates is doing well.

Though this may seem like a small change, it actually benefits heroes who rely on dealing a lot of damage. Widomaker and Hanzo, for instance, are challenging to play because of how precise you need to be in order to do well with them.

More often than not, the person playing as these high-level heroes doesn’t know what they’re doing, and it leads to arguments of who should play as what. After the patch, at least you’ll know the Hanzo on your team is actually not a waste of space.

As far as documented additions go, the biggest one has to be the new Game Browser. All of the changes in update 2.05 are live now on PC, PS4, and Xbox One.